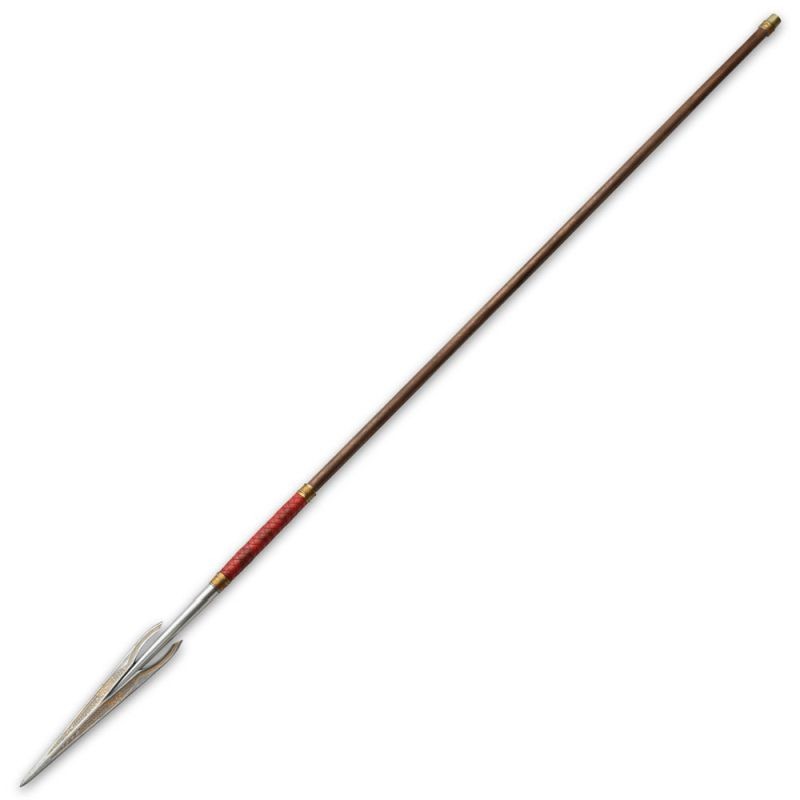 The Lord of The Rings: Spear of Eomer

Payment in installments by Credit Card:
- Pick the desired option before adding the item to the cart.
- For the payment method, pick "Payment by credit card in installments".
- After the redirection to the PayZen payment gateway, check the installments detailed (dates and amounts).

Éomer was a captain of the king’s cavalry, Marshal of the Mark, and one of Rohan’s mightiest warriors. He bravely fought alongside King Theoden against the forces of Mordor at the battle of Helm’s Deep and on the Pelennor Fields to protect the white city of Minas Tirith and the hope of all Middle-earth. When the Haradrim army attacked from atop their great beasts of war, the Mûmakil, Éomer led a charge against them. He took two of the beasts down with one throw of his mighty spear. This authentically detailed replica is a reproduction of the actual filming prop built by Weta Workshop and used in “The Lord Of The Rings” films presented by New Line Cinema. The 84” long spear is crafted of wood and reinforced polyresin cold cast steel, with precisely-molded details and coloring. It is presented with a polyresin wall display, sculpted in the horse iconography of Rohan, and includes a certificate of authenticity. The spear comes in two sections that are easy to assemble.

IMPORTANT WARNING:
- Product images are from the manufacturer, final product may differ in appearance.
- The date of availability is only indicative, it might be changed without notice by the manufacturer or the distributor. 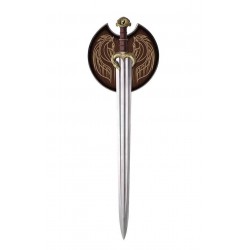 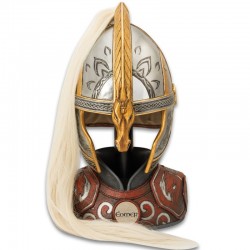